How CoVID put the Big Fat Mallu Wedding on a diet

Kozhikode: Shareeka and Moideen of Malappuram got their youngest son married in the beginning of July, as they had planned months before. However, the wedding itself was anything but what they had wished for. Instead of a grand wedding as planned originally, the Nikah did not exceed 50 guests as per the rules set by the state government. “This is the current situation all over the world, so we have to go along with it too. But what made me sad was that my two elder sons couldn’t be present on this joyous occasion,” said Shareeka. Her two elder sons, who work in the Gulf region, were supposed to visit Kerala for the wedding, but couldn’t due to the pandemic, lockdown and cancellation of flights. The family had planned for a grand function with nearly 2,000 guests and had booked an auditorium too, but all that had to be cancelled.

Despite the restrictions of lockdown and fear of COVID 19, weddings continued to be held albeit on a much smaller scale. It is also becoming clear that the ongoing global lockdown and the return of expatriates have affected the field of matrimony badly. Several weddings had to be delayed because either the bride or groom or their parents, couldn’t return to Kerala in time for the wedding. Some other marriages have been postponed due to the inability to collect enough funds for the wedding, a chunk of which was usually provided by the Keralites living in the Gulf or their families along with other well-to-do generous minds.

Nisar Beegum was forced to postpone the wedding of her youngest son, who is currently stuck in Qatar. The wedding was planned to be in the second week of July. Both the bride and groom are working in Qatar, and they had planned the wedding to be in Kerala with their parents and family. Now, all she can do is wait and hope that when they finally have the wedding, her elder son and daughter (who also reside in the Gulf) will be able to join.

Austere marriages good for people, bad for the economy

The effect of the lockdown and the tightening of people’s purses may have left many people saddened, but there is a silver lining too. Before the CoVID crisis and lockdown, weddings would extend for days. This, of course, was easy for the rich people, and less so for the middle class. But this trend of the wedding over several days had become a huge financial burden on the lower-income families.

This explains why many are relieved that they need to hold only a small wedding function in the current situation. The vast expenditure and the number of days spent on a single wedding have now transformed into a close-family affair, with not exceeding 50 people. As a result, weddings are now being held in the house itself instead of a wedding hall or auditorium, food and refreshments for the small number of people, the function of a single day, etc.

Not everyone, of course, thinks the big weddings were a problem. “They were a wonderful way for the extended families to be in touch,” said A Nasrudheen, director of the Aswas Counseling Centre, headquartered in Malappuram. He pointed out that now, much less money was being spent on food, gifts, clothes, vehicles for travel, wedding hall etc. “A lack of income along with a reduction in expenses will affect the economy adversely,” he added.

The impact of small weddings goes beyond the economy too. It has been the normal practice for quite a long time in several parts of Malabar for the poor to invite many people, regardless of rich and poor, for weddings, who would in turn help generously towards the wedding expenses. The contributions collected on the day of the wedding would often suffice to meet the expenses and sometimes it could be used for other needs of the family such as home renovation etc. The lockdown has put an end to such helpful practices too, with strict regulations on social gatherings.

This was felt recently by a poor Muezzin (one who calls azan in the mosque) in Vengara, Malappuram. He had planned to meet the expenses of the wedding of his daughter by inviting a lot of people and thus receiving financial help. But the lockdown became an obstacle for him. However, the local mosque authorities decided not to leave the poor man to the mercy of fate. Instead, they went house to house to collect contributions, and the wedding was held. But such an initiative by the mosque may not always be possible.

When Khadeeja of Manjeri fixed the wedding of her granddaughter, she had thought that she could get the necessary financial means to conduct a small wedding through contributions from the people she knew. She had planned to approach good hearts directly and to invite many people for the wedding, and thus collect contributions. But the COVID 19 pandemic and lockdown came as a burden on the hopes of the poor widow, who is taking care of her sick daughter and grandchildren by working as domestic help. However, people who came to know of her misery got ready to help her generously.  Khadeeja could repair her house and conduct the wedding at the end of July.

Living far from their family and land, the expatriates were always ready to provide financial help for the marriage in poor families, especially of girls. Their inability to physically be present at the wedding of their dear ones was mainly compensated by the considerable financial help they made not only to their own families but to others also, as well to orphanages, destitute homes and other institutions running on charity. The helplessness and financial difficulties of the expats have affected these a lot. 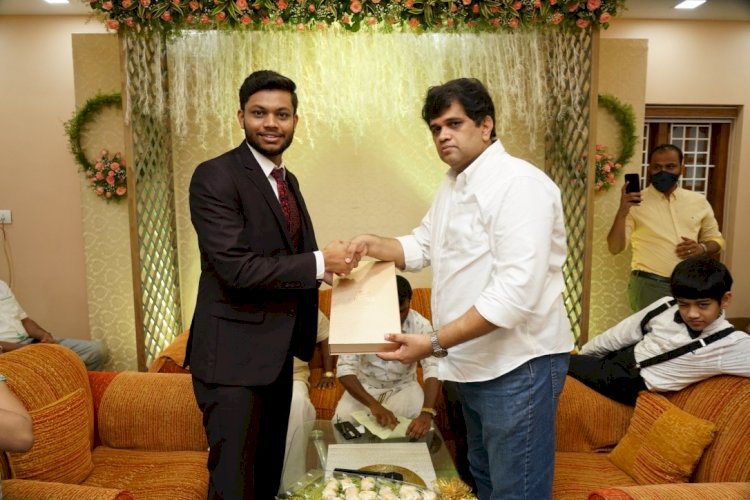 While the COVID 19, lockdown and getting stuck up in far-off places gave way to new methods and means of carrying on the age-old customs and practices, dependence on digital means increased a lot, such as a wedding on mobile phone and guests witnessing the wedding function on digital platforms. In Malappuram, a groom, who was stuck in the Gulf and could not come to Kerala for his wedding, gave rights (like power of attorney) for his friend to conduct the nikah function in his absence. The middle-aged bride and groom didn’t want to prolong their wedding, which was the second wedding for both, as they didn’t like to keep away from even phone calls in these trying times.

When they had to conduct a small function for the nikah of their son, Ahmed Kutty of Malappuram aired the live stream of the function on the digital platform Zoom, for those in the family who couldn’t attend physically. In another incident, Muhammed Iqbal and Bilqis of Kozhikode created a Facebook group including all those who they wished to invite to their eldest daughter’s wedding function and aired the proceedings live. Had it not been for the pandemic and lockdown, their functions would have been attended by guests between 1,000 and 2,000.

However, the complete online wedding was conducted by renowned Islamic scholar MM Akbar in early August.  It was the wedding of his son Atheef, studying Business Management in Canada, and Naila Jasmine, studying Interior Architecture in Bengaluru. Akbar hails from Malappuram and the bride’s family is in Wayanad. When the proposal came up, the families arranged for the bride and groom to meet each other online. The families too met and discussed things online.  Akbar then hosted the marriage-fixing programme online including the important members of both the families. “I gave a talk there, which cleared any doubts for anybody regarding the validity of an online wedding ceremony,” said Akbar, who added that the families unanimously decided to conduct the ceremony online. “We decided to conduct the wedding but didn’t want to wait as it was not sure when the lockdown and CoVID regulations would let the bride and groom come together. And it is not good to prolong wedding as per Islamic rules, especially since the boy and girl liked each other,” said Akbar. The wedding took place on August 2, with the groom in Canada, the bride and both families in Bengaluru and other relatives in Kerala.

However, the online wedding has created mixed response among scholars and laymen alike. While it is seen as convenient by many, several traditional scholars have raised the question of validity in such a wedding. When asked about the responses, Akbar said, “Scholars give their opinions based on the texts written centuries back, according to the needs of that time.  Marriage by giving power of attorney was carried out in the time of the Prophet himself. Scholars have validated nikah on phone, with two witnesses on both sides, years back itself. Time and needs have changed now. So, let creative and positive discussions take place in this matter too.”