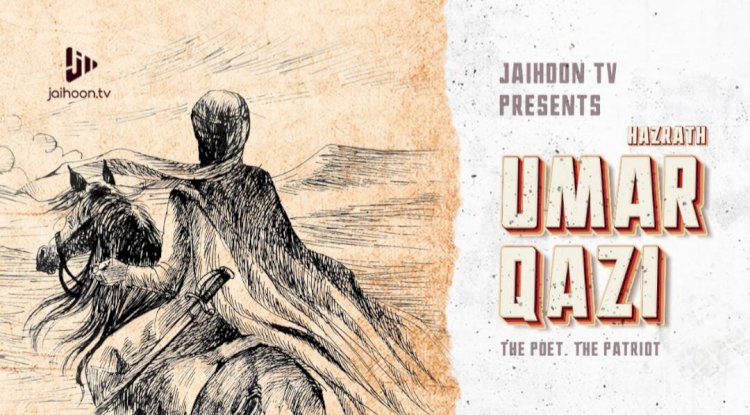 It is another Independence Day in the pandemic. And the day goes in remembrance and celebration both in public and private digital spaces, be it television or WhatsApp statuses. But then for the people of Malabar, this Independence Day has added happiness.

Along with the 75th Independence Day, the people of Malabar will also have centenary celebrations of the 1921 Malabar revolt. And to remember and share, Mujeeb Jaihoon’s music video titled, Omar Qazi: The Poet. The Patriot is released on this Independence Day.

UAE based Indian author hopes that his “directorial debut song will help the younger generation to feel connected to their cultural legacy.” Performed by the recent blockbuster fame, Malik singer, Sufi vocalist, Sameer Binsi along with other singers, Imam Majboor and Mithulesh, the music video is promising.

Forerunner of the non-taxation movement against the British, Umar Qazi was a powerful poet and social reformer. Born to the coastal town of Ponnani in Kerala, Qazi composed several eulogies in Arabic.

Sharing why Umar Qazi is close to the tech-savvy blogger who has authored nine books, Jaihoon says, “while there are several other prominent figures in the Indian freedom struggle, I could easily relate to Umar Qazi for two reasons: my love of poetry and his origin from my hometown.” Moreover, the year of Qazi’s death coincides incredibly with the 1857 rebellion, the first major uprising against British colonialism.

The epic song on the 18th-century freedom fighter from Malabar is visualised by Dubai-based artist, Shaf Beypore in motion graphics. The industry analysts are hopeful that art lovers from Kerala can expect a new chapter as music production enters a zone that has not been tread so far. The epic song is available across major social media platforms including Youtube, Facebook and Instagram.