Ajmal Super 40: Shaping the dream of hundreds of underprivileged students in Assam 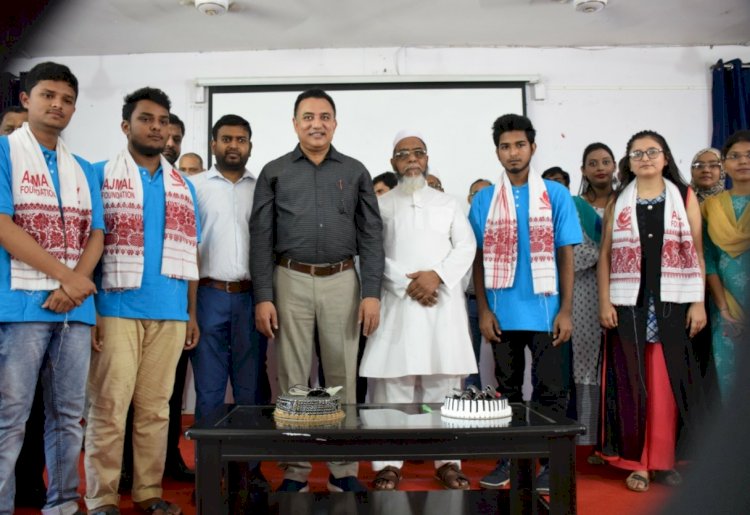 By Abdul Gani, The Site

The credit for this, no doubt, also goes to organisations like the Zakat Foundation of India, along with minority institutes like the Maulana Azad National Urdu University (MANUU) and the Aligarh Muslim University (AMU) have played a starring role in increasing the numbers of Muslims qualifying in top-level competitive exams. Never mind the detractors who are now inventing a new “UPSC Jihad” narrative, we are now witnessing something special here. The good news that originated from UPSC has continued with the NEET too, with hundreds of students from Muslim community qualifying for the exams. In this special series, we look at shining examples from Assam, West Bengal and Karnataka, where philanthropic organisations have helped nurture a new, bright dream for Muslim students. In part one, the heart-warming story of Ajmal Super 40, which helped both Muslim and Hindu students qualify for the NEET.

All thanks to Ajmal Super 40, a coaching institute for economically backward run by Ajmal Foundation.

“I worked hard for this day and finally I’m glad to have cleared the entrance. I must thank Ajmal Super 40 for their contribution in shaping my goal,” says Mamon who got 655 marks out of total 720. 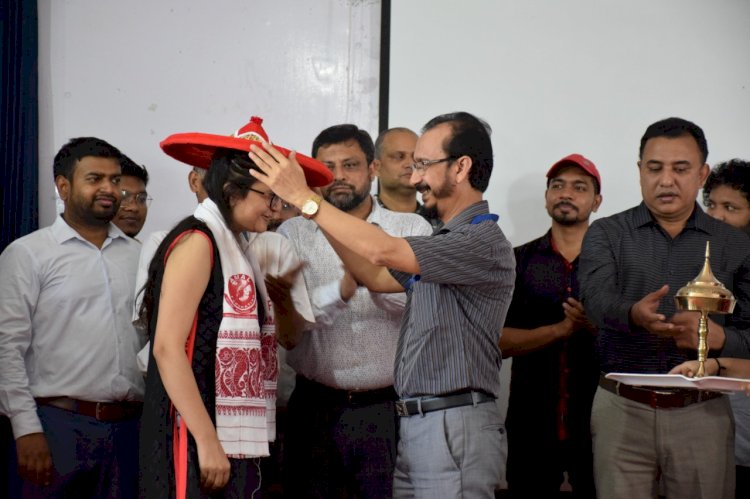 Ajmal Foundation, a public charitable trust run by Ajmal Group of Companies, started coaching centre in 2016 along with other educational institutes which assist financially backward students to achieve their goals.

“More than 100 students from our two years Integrated Coaching Programme have cleared NEET this year, of which 80+ students are likely to get admission in MBBS. My heartfelt thanks to the faculty and other staff members associated with Ajmal Super 40 programme and Ajmal Group of Colleges,” said Maulana Badruddin Ajmal, Member of Parliament and director of Ajmal Group of Companies.

For aspirants like Basu Joishi, son of a poor farmer in Assam’s Dima Hasao district, their dream would have died out halfway had Ajmal Super 40 not been there to rescue them.

“I have no words to thank Ajmal Foundation for helping me by getting training at the Ajmal Super 40 free of cost. With the minimal income of my father, I would have never imagined getting such high-quality training to appear in the NEET. My dream of studying medicine is a reality now,” an elated Joishi tells The SITE.

He has scored 552 and nothing can now debar him from being a doctor.

The story of Eunaj Akhtar Rehman from Golaghat district is similar. Her father is a driver of an ambulance who struggles hard to run the family and for Eunaj it was a distant dream to get some training for her entrance. Eunaj who has scored 614 marks at the NEET is now extremely happy and thankful to the Ajmal Super 40 for providing her and aspirants like her to shape their dreams.

Ajmal Super 40 was inaugurated in September 2016 to help the students of North Eastern India to crack the toughest of entrance examinations such as JEE and NEET among others.

“The idea behind Ajmal Super 40 was to impart free quality science education to 40 well-identified Class 10 passed students from economically poor families to enable them to qualify national level competitive examinations for admission in medical and engineering. It is a fully residential integrated coaching programme for higher secondary board examination (Science) as well as engineering and medical entrance examinations such as JEE, NEET, BITSAT, CEE, etc. The classes are conducted in well-furnished air-conditioned classrooms in the separate campus for boys and girls,” says Ajmal Foundation director Dr Khasrul Islam.

The students enrolled in this programme are given free coaching, free study materials, free accommodation, free food and pocket money of Rs 500 per month per student.

“Students securing 85 per cent or above marks in class 10 examination and having a family income of less than 1.5 lakh per annum are allowed to enrol in the programme. Based on these criteria, 40 boys and 40 girls are admitted for this programme every year,” Islam adds.

This time in JEE, 18 students qualified the mains out of 27 students appeared the examination and seven cleared JEE Advance Examination.

The chain of Ajmal Foundation schools and colleges across Assam -- a science college for women, a B.Ed college and a law college in Hojai, a state-level talent search examination every year for school and college students and the grant of scholarships and stipends to hundreds of poor and meritorious students cutting across caste and communities testify to the Ajmal Foundation’s commitment to the cause of modern education, says Islam.