Failed by the state government, saved by locals: The ordeal of Gulf expats returning to Kerala amid CoVID 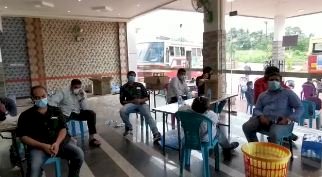 Kozhikode/Malappuram: Depending on who you follow in the world of journalism, Kerala’s response to the global pandemic CoVID has either been good, terrible or leaving much to desire. The truth, as always, lies in the details. Kerala was one of the first states to see a rise in COVID cases, fuelled in part by the high number of expats returning from abroad, especially the Gulf region. The state government’s response in the wake of expats returning has left a lot of questions unanswered.

The Kerala government’s policies for setting up restrictions on return of stranded expats invited criticisms, especially since the opposition parties had been demanding a separate policy for their return since the beginning of the lockdown. Even when the state government initiated a dialogue with central government about evacuation, the lack of a clear-cut policy about the return process during the lockdown resulted in Kerala's per day average of positive cases over 1,000 by July 25, Kerala has 16,995 confirmed CoVID19 cases while 9,371 of them are active with 54 deaths and 44.05% recovery rate.

The expats were asked to pay for tickets on their own, be it with the Vande Bharat flights or chartered flights. Economic instabilities, job loss and salary cuts due to the lockdown made it difficult for the majority of the expats to do so. During the unlock period and expats arrival, along with the threat of CoVID they had to face a social boycott and resultant traumatic exclusion. The state government which declared around 2.5 lakh bed quarantine facility across the state set up for the returning expats didn’t keep up to the promise.

Asif, a resident of Ponnani, Malappuram, used to work in Qatar and returned to India on July 2. He had recovered from the virus infection prior to his journey. In a conversation with The Site, he said, “Upon arrival at Calicut airport after a rapid test, the authorities asked to do CoVID test and stay in a government quarantine until the results came out. We were taken to a CoVID test centre at the airport garden convention centre in a state transport bus. Four buses, including ours, were there. There were around 150 people. People who tested negative on the rapid test had to sit with others who had positive results because the ones who tested positive were with their family members. Even after the rapid test, the positive and the negative cases were not separated. 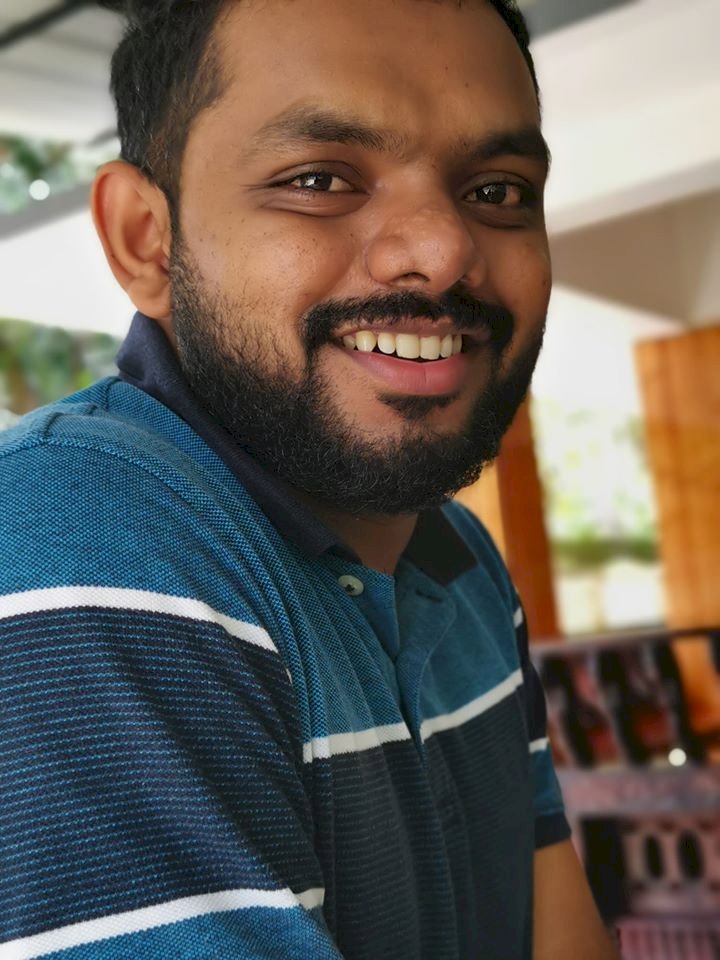 "There was no social distancing. The test began four hours late after we reached since there was only one staff for testing and two staffs for data collection and the shift changed just after we reached. The next set of staff came after four hours. In a bus with 35 people, only five people were left for their test to be done but we all were made to wait nevertheless. There was no food for us... the police finally brought some bananas for us and put it on the floor. After the staff arrived, we had to wait again until the arrival of new test kits. Finally, we were taken to a school in Vengara, Cheroor a place around forty minutes away from Calicut airport.”

But even after they arrived at their quarantine centre, their ordeal did not end. Asif said upon arrival they found out that the school was not ready. The representatives of the local administration said they had been informed about the school being turned into a quarantine centre only an hour ago. As a result, the expats helped in cleaning up the school and setting up the beds.

Asif said there was a lot of fear and panic created by the government over the return of expats. Following his experience of going through the state government’s post-arrival screening procedures, Asif believes lockdown measures to contain the virus won’t be of help much in a country like India.

“In Qatar, there was a time when around 2,000 cases were reported daily... even if it is one case, the government would say ‘one case’, they didn’t segregate between foreigners and natives. To the media, they said we don’t separate these cases and their national guidelines follow this. But here, the government continues to see cases as natives and expats,” he added.

It is important to point out that there have been a high number of CoVID19 positive cases among the returning expats. “People take this fact for granted and they get the feeling that expats spread CoVID,” Asif said. “Even Kerala chief minister Pinarayi Vijayan stated twice that we shouldn’t discriminate against the carriers of the virus, but the daily press briefing segregates the CoVID cases into categories including ‘expat returnees’,” he added.

The stigma and the protests

Apart from the haphazard policies, what worried the returning expats were incidents of physical attack and social boycott they faced. Panicky conversations and hate campaigns, both online and offline, started talking about ‘'the expat who returned with CoVID19'’. Deeprooted Islamophobia blamed the returning Muslim expats as the reason for the sudden spike. It was everywhere being said that they don’t keep hygiene, social distancing, they return to crowded families etc.i heard many in my village saying this. As early as May, Kerala CM himself called for “treating expats as natives more than us, in their rightful safe soil.”

Madhyamam Daily, a leading Malayalam newspaper, gave front-page coverage on expat evacuation on June 24. The page had photos of 141 expats who died of CoVID19 and heart attack caused by stress and anxiety. In his press briefing, CM Vijayan termed this reporting as a form of “anti-social activity” and blamed the opposition for making political benefits out of it.

ET Muhammad Basheer, the Indian Union Muslim League (IUML) MP from Ponnani constituency of Malappuram believes that the Kerala government didn’t want expats to return since they wanted to manage only with the cases that were already here.

“We had been working for the return of any stranded non-resident Keralite, be it from other states and be it from other countries. Through local and global networking, we managed to do a lot of rescue services. When it came to GCC countries, though they excel in medical facilities, expats believed that they would get good treatment and medical care in Kerala. Most of them wanted to come back. We made continuous efforts to get evacuation flights. Vande Bharat mission is a result of such efforts. We intervened on it phase by phase. Expats had to endure the worst conditions where they had to stay with CoVID positive flatmates. We assured them quarantine facility,” Basheer said in a conversation with The Site.

“We set priority categories in the evacuation drive. It included pregnant women, patients, and old people, those whose visa expired, and sent their applications to verification at the embassy. KMCC interfered in speeding up the process. The state government had assured 2.5 lakh beds but that was a lie. They never had any mercy for these CoVID patients. Even when the central government implemented the Vande Bharat mission, the state government’s response was regressive. They didn’t want to spend much on facilitating quarantine centres,” Basheer added.

Muhammed Nisar from Perinthalmanna in Malappuram district, a lawyer who works as HoD of health, safety and environment department at a company in Dubai sent a letter to the chief minister addressing the flaws in post-arrival to exit procedures at the airport and suggested some recommendations. When Nisar arrived at the Kozhikode airport with his family, they were asked to wait in the aircraft for almost an hour, to get another batch to exit. Nisar noticed that the area was not disinfected before the arrival of the next batch of returnees. “Sterilization after the exit of each batch is to be addressed, it was not observed especially near the Registration and Emigration counters. The government had set no facility to accommodate expats who arrive from different flights. I spoke to a few of the staff of airport authority that the system is facilitating CoVID spread.”Nisar’s letter pointed out measures that can reduce crowd and chance of infection. “There was no social distancing practised at the airport when we arrived. I was tired enough not to notice what was wrong and what was right,” said Sheeba, a school teacher in Kuwait who reached Kerala in a chartered flight on 19th July.

When the number of cases increased, community-based arrangements for isolation started taking shape. Following the government guidelines, madrasas, local collectives etc. sets up isolation centres for the returning expats of the locality. Pallisseri, in Malappuram’s Kalikavu, Rabihul Islam madrasa now has quarantine beds for eleven people.“Since the quarantine centre set up by the Panchayat administration was already in use, we had to find another space for those who do not have enough room in their houses for home quarantine,” said Pallisseri ward member Muhammed Harris. “They shouldn’t be forced to pay to be in quarantine. This madrasa has four beds now. The centre will be under the administration’s watch. Family members will be allowed to provide the essentials. The government had said that they will set up quarantine centres, which were not fulfilled. We had to do it locally,” Harris added. Wafy college, an Islamic studies university centre in Kalikavu was made into a quarantine facility.

Similar to Pallisseri, a committee in Karaparambu, Malappuram, Mahallu committee has a quarantine centre prepared out of an auditorium for expats of the locality. It takes in those who returned from other states as well. “We were informed by a few youngsters who are abroad that some of our natives are returning, they said that they do not have home quarantine space. Currently, we have 12 beds. In case there are more returnees we will set up more quarantine centres,” said Karaparambu mahallu secretary Abu Haji.