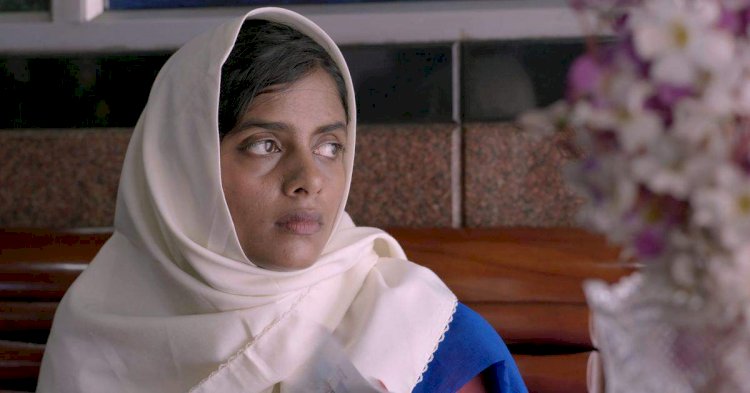 Malayalam language drama Biriyaani (2020) featuring Kani Kusruti and Shailaja Jala in the lead roles, directed by Sajin Baabu revolves around the story of a Muslim woman coming from underprivileged class.

As usual, the story flows as Kadheeja's (Kani Kusruti) brother gets apprehended by the police after being trained in an ISIS camp in Kashmir. What happens to Kadheeja and her mentally challenged mother is the rest.

Kadheeja's married life is in chaos because of her unemployed husband and despising mother in law. And she struggles to get away from the displeasure and insatiableness caused by her husband in their private life.

The story takes a turn when Kadheeja has to go to her mother because of her brother's continuous absence.

As a Muslim woman, this film started waves of anxiety, despair and disappointment in me. The stark portrayal of Kadheeja as unmotherly, naive and disheartened was quite unfitting for a woman who aspires consciously to get away from what she thinks blocks her from a free world.

Sexual rights get a front seat, in fact the only seat

Interestingly, Kadheeja's reproach is expressed only when her husband makes remarks upon her pleasure taking, otherwise, she has been portrayed as a voiceless victim and merely a repository of violence in each situation she faces afterwards.

Where is her voice or reproach in the rest of the conditions she faces as a Muslim woman who struggles to live a decent life?  The exposure of Muslim men act as the sole perpetrators of the suppression of Kadheeja is evident here. Kadheeja is robbed physically, sexually and mentally by other men too.

But what makes the difference is her rebuke which is only directed towards Muslim men. Muslim men have been clearly othered in another aspect too. Others who oppress and exploit Kadheeja belong to some institutions such as police, press or sex industry and they are not identified with any religions but the men from her society who turn their backs to her are essentially Muslims with religious identities.

This disproportionate exposure is rather bigoted and tends to give material attributes to the existing Islamophobic rhetorics. The movie gives visual explanations to the prevailing majoritarian understanding of Muslim society.

Criminalizing a certain culture (since patriarchy has been understood in cultural terms) hinders the movie to be free of prejudices and art as a means of fighting prejudices. It is impossible to challenge racial preconception with cultural ignorance and bias.

Patriarchy is a post-colonial reality that is ubiquitous to every social institution such as economy, government, healthcare and religion. However, it is problematic and unsettling to harbor it only in terms of culture because such categorical fashion shutters us from seeing the vast picture.

For instance, Kadheeja is deprived of education and she claims it to be the practice of her society which leads her to hermeneutical injustice. She later finds herself ostracized from the society and eventually turns out to be a sex worker because of the deprivation of compulsory education (because otherwise, she might have had chances to find a decent job).

She struggles through police brutality, procuring, rape, sexual molestation and forced miscarriage as a result of her continuous denial in comprehending the current world.

Shrinking this reality into a cultural logic is absurd because of the omnipresence of illiteracy in Indian society ensued from political incompetence, economic crisis, discrimination etc. the absence of all these considerations and taking refuge in culture helps to materializethe prejudices constructed around the Muslim community.

The juxtaposition of male circumcision and slaughtering, triple talaq through Whatsapp and showing a bowing mantis when cremating Kadheeja’s mother’s body as a result of the disfellowship of Jama’th satisfy the majoritarian imagination of Muslims.

The Hindu male gaze which is twitchy around cultural and religious practices stigmatizes and rejects them. This ethnocentric decline essentially leads to cultural racism and violence against that particular culture. 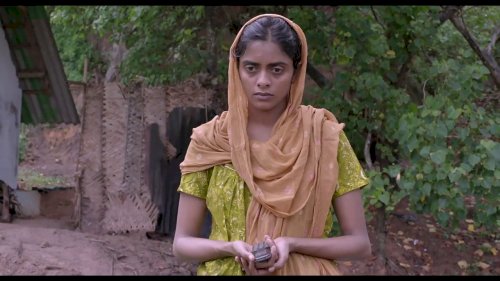 Monolithic understanding of Islam as a source of violence is an outdated concept. Uncritical films like this impedes the contextual causes of international terrorism and reducing it to a simpler cause which is Islam.

Kadheeja's brother who got radicalised and abandoned the family is an ahistorical, apolitical and reductionist subject of terrorism narrated by popular right-wing politics. It essentially portrays all Muslims as potential terrorists with self-fulfilling prophecies.

The fake outcry of liberating Muslim women from violent Muslim men stems out of this logic and it is predominantly civilized and non-violent men who take the lead.

The embodiment of binary opposition in the film tends to criminalize the so-called bad Muslims and poses the good Muslims as ideals who can liberate Muslim women. The movie clearly produces a scale of evaluating good Muslim and bad Muslim.

The so-called good Muslim (the mu-azzin) refuses to marry for the second time fearing for his financial condition. He also acts as the touchstone of Kadheeja's morality when he questions the necessity and catharsis of the vengeance of her.

The bad Muslim (kadheeja's husband) gives triple talaq via WhatsApp(shows the arrogance, lack of empathy and practical knowledge) and marries a young woman immediately afterwards blocking the reasonable custody of Kadheeja of her child.

The cannibalism produced with the flavour of deep-seated contempt of an oppressed woman against her society is justified through portraying this binary logic of good and bad.

While the bad people devoured the vengeance in pieces of flesh, Kadheeja stops the Mu-azzin from eating biriyaani. Kadheeja was only safe in Mu-azzin's hands, elsewhere she got into troubles. Her realization of security and liberation only through good Muslim men was justified through the naivety she poses.

Nowhere in the story has she taken the lead in owning her life. This arrogance paves the way of possessing Muslim women’s voices and giving them singular explanations. Standing in the popular rhetoric of oppressed and subservient Muslim women who struggle from misogynist and fundamentalist Muslim men long been imbued with inherent violence waiting to be rescued and exonerated by feminist moral crusaders and claims the movie as apolitical shows the intellectual pretence and cunning subversion of the female perspective. This is rather a story of a Muslim woman from a male’s perspective who failed to get his facts right.

What effects are expected to be produced through genre of pornography with sexual material nudity, depiction of violence, objectification of subjects and sexual force?

Does that serve the purpose of seeing the vast picture and political orientation or does it merely feed the liberal understanding of moral sensibilities?

The cinematic visualization of patriarchal Muslim men acting out their cultural script stand against the emancipation of Muslim women is inspired by a liberating cultural vocabulary that completely misrepresents material elements of victimization and aspirations of suppressed women.

The climax of the film tries to conclude that if Kadheeja had found sexual freedom in her household, none of the calamities would have happened to her. Would achieving orgasm liberate her from the grip of global terrorism and patriarchy? Or do I miss the point that the climax symbolically says she screwed the patriarchy (substantially portrayed as Muslim men) by taking the lead of her sexual life?

As a Muslim woman who is critical about the embedded patriarchal, cultural practices and fundamentalist explanations of religious scripts, the fact that Kadheeja’s act of unveiling and her journey in quest of finding sexuality to be emancipated from religious fundamentalism and patriarchy is merely the voyeuristic lure and imperialist male fantasy of unveiling Muslim women.

Also, it gives a homogenous explanation of aspirations a Muslim woman tries to achieve. Such simplistic and driven-by-desire coverage veils the diversity and complexity of Muslim women and their inclinations. What is more disheartening is the planned penetration of these portrayals in the alternative art spaces. It is the need of time to expose the paradox in plain-spoken ways.

Rasma Razmi, is currently reading LLB in University of Peradeniya and lives in Sri Lanka.