Contrary to hate campaigns, Muslim clerics have played a starring role in the fight against COVID-19 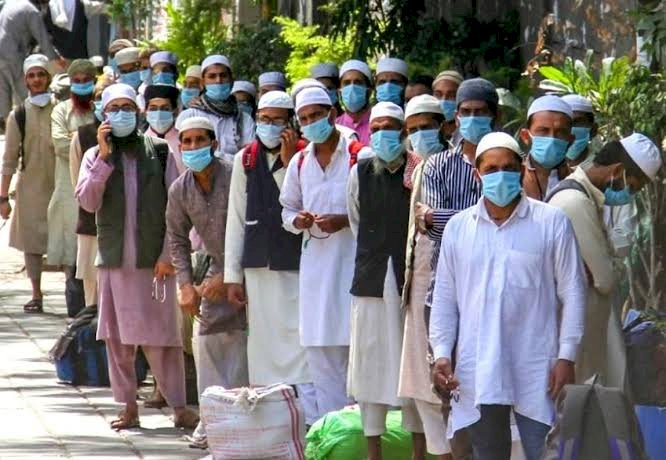 Much has been said and written about the spiritual centre in Delhi's Nizamuddin, where the Tablighi Jamaat gathering was held in early March this year. Twitter and Facebook flooded with Islamophobic hashtags alleging the Tabligh event became coronavirus vector. Hate campaigns targeted the religious centres and mosques across the country. Even though months have passed since the event, the stigma suffered by the mosques and religious centres hate-mongering is yet to subside.

But the heroic stepping of mosques and Islamic institutions in the fight against Covid-19 seems to be least noticed. Some of the mosques and institutions, run by Muslim organisations across the country, voluntarily opened there doors while various states remained in Covid-19 fear while some stepped in after authorities made calls.

In early May, the Bengal Imams' Association made a historic call in which mosque and madrasa committees in West Bengal were asked to convert there premises as quarantine centres.

The letter by Mohamed Yahia, association chairman, urged over 2,600 mosque and madrasa committees to hand over there premises to the health department authorities and local administration to make them available for the battle against Covid-19.

“All were scared of the infection cases going up. We decided to do our bit and extend a helping hand to the government,” Yahiya told The Site.

In Kolkata, five mosques expressed willingness to let out the government to make use of there space and facilities while more joined the list in the rural West Bengal reaching the total number of the mosques around 100. “These are in addition to the institutions run by Muslim organisations across West Bengal,” he said, adding that helping people in need is one of the fundamental duties of Muslims.

Among the mosques, the Bangali Bazar Masjid in the Garden Reach area won the praises from the authorities by approaching the Kolkata Municipal Corporation at the very initial stage of Covid-19 pandemic spreading.

Patients at Makkah Masjid in Bhiwandi given care inside the mosque

The saga of the humanitarian cause continues while it comes to Maharashtra where mosques in various cities were used as quarantine centres. At Dharavi in Mumbai, 180 maulanas led a mission to spread awareness among the residents. The loudspeakers at mosques here, while calling for prayer, asked residents to remain at home and a five-minute message was given urging them to abide by the lockdown restrictions and precaution measures. And the clerics carried intensified door to door campaigns during which they gave awareness messages. During Ramadan, the team won accolades after volunteers and maulvis distributed food and fruits to households. In Pune, the Jama Masjid in Wadgaon was handed over to the local administration, and it's building and premises were used for quarantine and treating patients. The Azam Campus Masjid in Nana Peth also joined the list after the functionaries decided to joint hands with the health department to make use of the mosque for quarantine purposes.

“We are glad that 20-30 patients were provided with oxygen a day. And the beneficiaries included underprivileged persons belonging to various religions and localities. We wanted to leave a clear message that humanity comes first,” said Makkah Masjid secretary and convenor of Movement for Peace and Justice (MPJ) convenor Mirza Qaisar Abdul Rahman while talking to The Site. At the two mosques, patients were fed after local Muslim organisations joined hands and raised fund.

Aurangabad also witnessed mosques and Islamic institutions joining the unique cause, with Jama Masjid near Town Hall turned into a quarantine centre with 125 beds, food and sanitisers for patients.

During the initial stage, coordination of Muslim organisations, during a meeting convened by the Kerala State Wakf Board, asked the mosque committees to cooperate with the measures by the state government. Following the calls by various organisations, mosques and Islamic institutions served as quarantine facilities across the state. 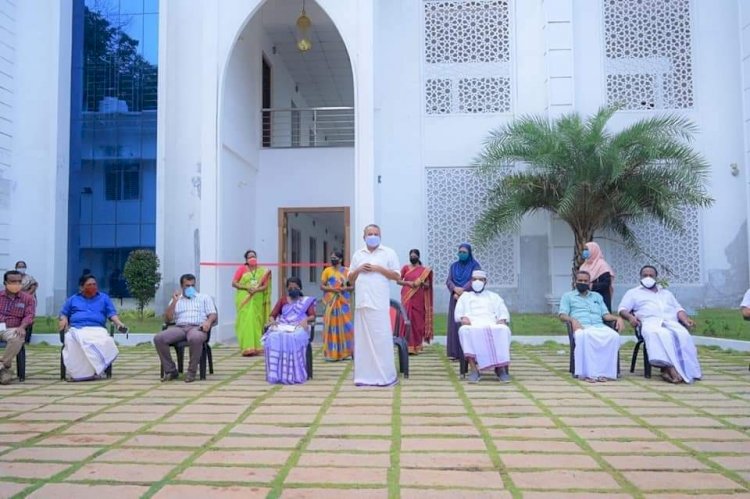 The Quran College and Teachers Training Institute at Peringathur in Kannur district also turned to be quarantine centres after the district witnessed an influx of expatriates and local residents from other states. Led by Indian Union Mulsim League (IUML) Panoor municipal committee, various Muslim organisations here distributed food and other essential commodities for quarantined residents.

“Institutions under Muslim managements were set to do there part when expatriates started to come back. Functionaries of mosque committees here showed the way by helping the authorities meet the requirements for quarantine,” said IUML Panoor municipal committee president N A Rafeeq Master.

Hamdan Foundation's building in Kollam district was turned into a Covid-19 hospital after the functionaries approached the local administration. Shiras Wafy, an official with the foundation, told The Site that the hospital was equipped with all facilities and it helped the district deal with the surge in Covid-19 cases.