Reservation for forward castes goes against the spirit of the Constitution. Here's why 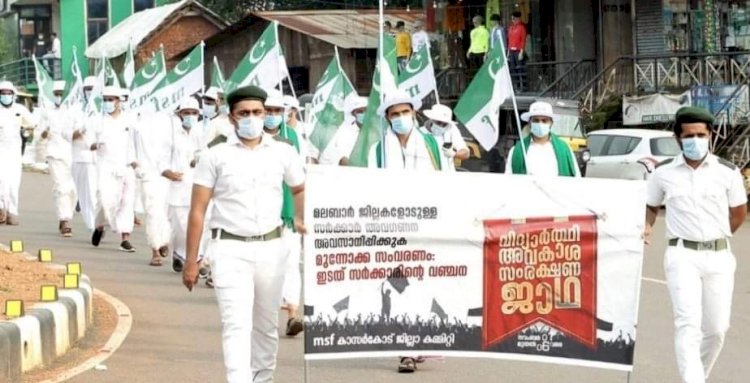 What has drawn the ire of these organisations is a host of facts. Activists point out that giving reservation on the basis of economical eligibility is the violation of the preamble of the Constitution. They point out that the proposal, if implemented, will result in denial of the constitutional rights of SC, ST and OBCs. The state government is in a hasty mode while it comes to implementing EWS reservation while the long pending flaws in implementing reservation for SC, ST and OBC remain unrectified.

To put things into perspective, the CPM -led Left Democratic Front (LDF) government issued a notification announcing 10% reservation for economically weaker persons from forward Hindus and Christians. And PSC issued a notification amending the Kerala State and Subordinate Services Rules in this regard after the Cabinet gave criteria for reservation after considering the recommendations of a two-member commission headed by retired Judge K Sasidharan Nair and member K Rajagopalan Nair. These came in line with the legislation by the Union Government approving a 10% reservation in government jobs and educational institutions for the economically weaker section in the general category. The legislation was carried on January 7, 2019. 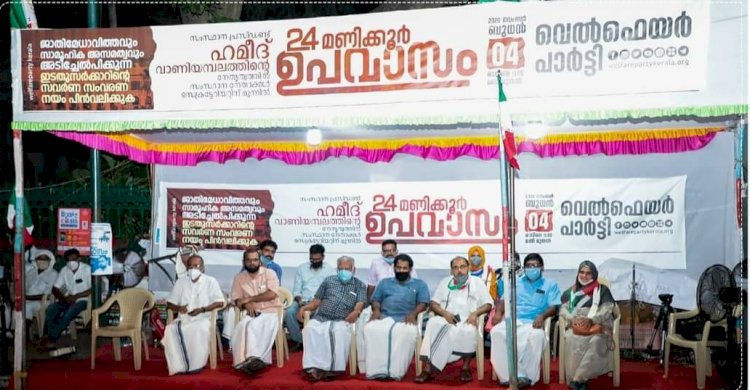 As per the PSC notification, EWS is applicable for all government jobs and appointments to state public undertakings. All sections that are presently not covered under reservation and whose annual income is below four lakh would be the beneficiaries of the new reservation.  Besides, people owning more than 2.5 acres in rural areas, 75 cents in municipality and 50 cents in corporation would be excluded from the reservation net.

The SC, ST and OBC are currently given 50% reservation. Both the government and PSC claim that the quota will be taken from the 50% general category without affecting the reserved quota.

He urged the government to carry out a census to understand the relative social backwardness of each community in the state.

Activist and noted academic Sunny M Kapikkad said the new quota facility denigrates the spirit of reservation.  Sunny, who cited that reservation is neither a poverty eradication project nor a social welfare project, said that it’s meant to ensure representation of backward classes in various sectors. “Left parties are the first to demand to scrap reservation on caste basis and reorganise on economic terms. Thus this hasty decision from the LDF government has come as a shock” he said alleging the government was drawn towards the decision by clear political motives.

The reluctance of the state government to address the long pending woes of SC, ST and OBC has also drawn heavy criticism. Muslims in the state

According to activists, the recommendations by Mandal, Narendran and Paloli commissions are yet to be implemented. The three commissions pointed fingers to the poor representation of various communities in state government departments, the judiciary, public sector enterprises, and universities and other autonomous institutions under the government. Further, they made recommendations urging steps to ensure better representation for the backward communities.

“Narendran commission recommended a special recruitment drive for these communities, prominently for Muslims. Least attention is given to such demands," said Indian Union Muslim League (IUML) leader K Kutty Ahmed Kutty. The convenor of the Joint Protest Forum, who wondered why the government is hasty in implementing the new quota, alleged the LDF government is on race to appropriate BJP while it comes to upper caste appeasement. "The LDF government has undermined the constitutional sanctity behind reservation,” he said.

Congress leader V T Balram MLA also severely criticised the government's move. “The government is squandering the opportunity of merit list for supporting upper castes who never suffered from historical injustice. This policy reflects the Left view of social justice. Left parties have historically argued for economic reservation instead of caste basis. They deliberately cover up the social structure of Indian society. Reservation has been enshrined in the constitution to ensure social mobility and justice," Balram's Facebook post read.