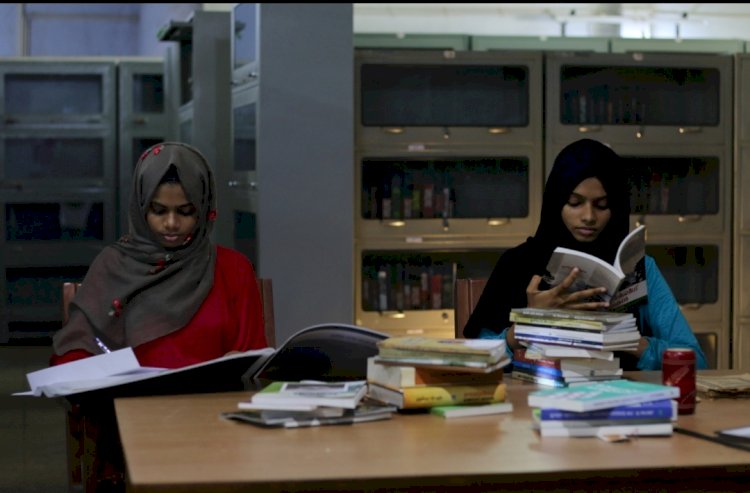 A host of factors makes Muslims in Kerala special. This includes a distinct tradition of culture, cuisine, literature, music, songs and of course Arabi Malayalam, a language that emerged out of the cultural amalgamation of Muslims and Arabs that dates back to the pre Prophet Muhammad era.

Arabi Malayalam is, however, on the brink of extinction and a library is now on a unique mission to preserve the language which owns a rich and diversified literary value. The Mappila Heritage Library, functioning under the C H Mohammed Koya Chair for Studies on Developing Societies at University of Calicut, is on a unique mission to preserve the language and this is achieved through digitising Arabi Malayalam texts that are being consigned to oblivion. The library is an attempt to tackle this forgetfulness and the wholesale dismissal of Arabi Malayalam.

“At least six Indian languages including Malayalam, Tamil, Kannada, Gujarati, Bengali were written in Arabic. And even in countries like Syria and Bosnia, we can find the same practice. This reflects the diversity of the Islamic world and its tradition. And Arabi Malayalam was a potent trigger for the cultural and social existence of Mappila Muslims,” says Syed Abdul Asraf, general secretary of  Grace Educational Association, which is the major promoter of the library.

Arabi Malayalam follows Malayalam while it comes to the grammar, syntax and vocabulary while the script is Arabic. Used in Muslim educational institutions, it was the main language used by the Muslims in Kerala for writing.

Apart from books, magazines and newspapers, the library has a rich collection of handwritten scripts covering various genres and different types of poems like Mala Pattu, Pakshi Pattu, Poo Peshal Pattu, Manga Pattu, Sabeena Pattu, Nafeesath Pattu,  Tharattu Pattu, Korathi Pattu and Thoppi Pattu. The library’s efforts assume significance at a time when most of these poems are diminishing and least is done by the government agencies.

“The mission continues even though the target of converting one lakh pages was achieved in 2018 after working eight years,” says research officer Abdu Rahman Mangad.

Tracing the growth of Muslim community

“In the 1930s, there was an Arabi Malayalam women’s magazine. Named ‘Nissa-ul-Islam’, the magazine was widely read by both Muslim women and men. It was a magazine that encouraged widow remarriage, vocal against the dowry system and fought for women’s equality through the discourses in Islam,” Mangad says.

Like ‘Nissa-ul-Islam’, the library is rich with many of its racks being reserved for the rare Arabi Malayalam and Malayalam books. These discuss subjects including medicine, geology, Sufi saints, Hadith (record of the words, actions, and the silent approval of Prophet Muhammad), Aqidah (studies describing the beliefs of Islam) and Fatwas that have been collected and curated from various sources.

“It’s my seven years of work experience in this library that enlightened me that beyond the blind beliefs and meaningless rituals of that age, Arabi Malayalam is a store of great poetry and knowledge, ” says documentation staff Sahla while registering a bundle of books in front of her.

Looking at the Newspaper dates back to the 1900s both in Arabi Malayalam and Malayalam, one gets a glimpse of the everyday lives of the Malabar at that time. Ranging from their politics to literature, mundane issues to the troubles of that time.  Some of the Arabi Malayalam magazines and newspapers that were in circulation from early 1900 and the later ones in Malayalam have been made available in the library website under the Mappila Index. There is also an extensive section of contemporary periodicals of every Muslim organisation.

“Many valuable books that would have been lost in the personal library collections in different places, now have been collected through tremendous effort and made public'' says, K.P Abdul Shafeeque, who researched on Ahlul Quran movement in Malabar from Delhi University.

According to the figures, the library has digitised more than 2000 Malayalam books. 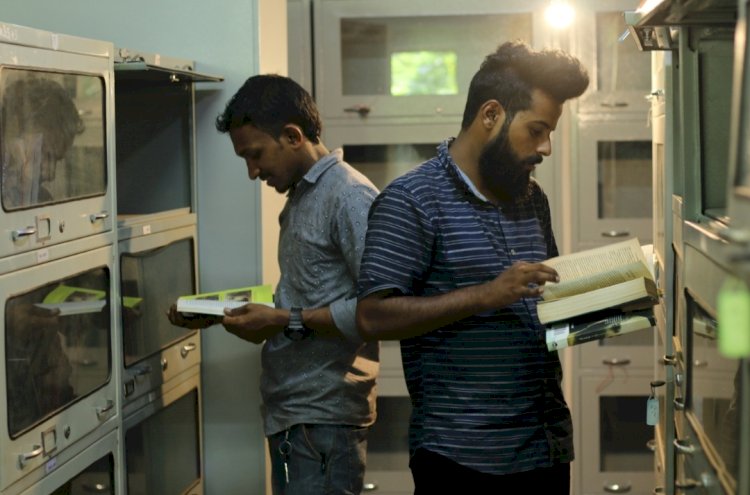 Sayyid Muneeb, who is a regular visitor, says that he has a penchant for magazines old and new to follow the debates around Fatwa. “I do them so that I can reach my conclusions. Healthy debates are necessary. It’s quite disappointing that my syllabus does not have a paper on Islamic philosophy. It’s being sidelined,” he lamented.

One of the most frequently referred sections of the library is the Mappila History and Malabar rebellion sections. The collection of these subjects are diverse.

Handwritten letters of various Mappila figures both literary and political like Basheer, Ramla beegum, CH Mohammed Koya are preserved.  Muslim league’s letters and notices, religious and other political pamphlets, both in Arabi Malayalam and Malayalam forms an interesting set of resources for research enthusiasts. Also, biographies of Muslim leaders like C H Mohammed Koya are available.

Interestingly, the library keeps a special record of newspaper articles on issues of importance and pertinent to the community. Controversial topics like Love Jihad, Triple Talaq, the minimum age of marriage are some of them.

“During my research, the library helped me access court documents and newspaper reports that shed light on the socio-political dynamics of Kerala Muslims in the post-colonial period,” says Visakh Madhusoodanan, a P.hd Scholar of IIT Madras.