Jai Bhim: tells a story of grit and hope 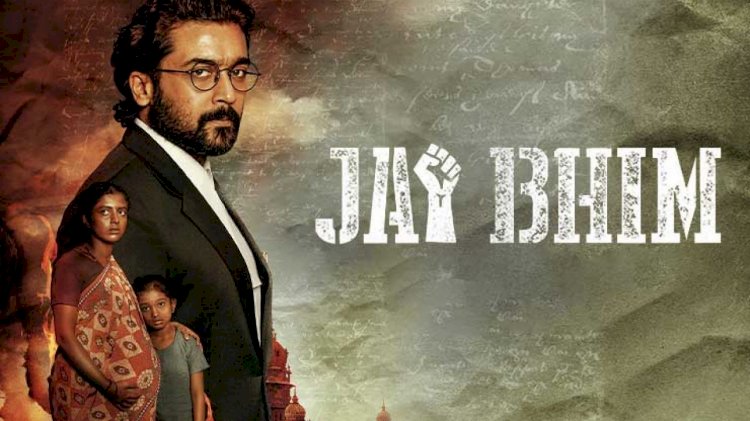 Court dramas are becoming increasingly popular thanks to the bold portrayal of the indefatigable struggle of the victimized, underprivileged sections for justice. Jai Bhim, directed by TJ Gnanavel tells sour facts about the underbelly of Indian democracy through the legal battle of a pregnant woman from a primitive tribal community who desperately look for her husband kidnapped by police by foisting a false robbery case. Despite the movie narrating a story that took place in the 1990s, it reminds the audience of a bitter truism about the unaffordable judiciary, atrocious police system and struggles of marginalized communities for a better life.

The movie starts with caste profiling of released inmates by waiting for police officers to be slapped back with unproven cases. It is disheartening to learn that the Habitual Offenders Act (HOA) (1952) is abused to indict ‘de-notified tribes’ under the colonial Criminal Tribes Act of 1871.  Criminal Tribes Act of 1871 was a novel British cunning to restrict tribal mobility for colonial economic purposes. Following the 1857 mutiny, 237 castes and tribes were given a criminal-by-birth tag under the ambit of the Criminal Tribes Act, 1871. After Independence, the Indian government replaced this Act with the Habitual Offenders Act, 1952. But far from easing their lives, the new Act only re-stigmatised the marginalised tribes. ‘Orphaned’ by the system these people still are subjected to widespread social discrimination.

Senggeni and Rajakannu, a couple from the Irular tribe, are employed in bonded labour as they are deed fewer tenants of the upper-caste village head. The cherished dream of the couple is to build a ‘pucca’ home and to realise this Rajakannu moves to a brick kiln in a distant town when his wife is in the advanced stage of pregnancy. Meanwhile, a robbery is reported at the village head’s home and Rajakannu is named as the prime suspect. To please higher authorities, police are hell-bent to frame Rajakannu and his tribe despite the real culprit being identified and later secured his way through bribery.

What follows is the inhuman third-degree torture of tribal people in police lock-up to extract their confession. When hopes were fizzling out, Senggeni meets human rights advocate Chandru delicately played by Suriya. As he files Habeas Corpus to produce missing persons, a ruthless case of custodial death unfolds. The movie deplores the snail-paced judicial system but at the same time gives faint hope of judiciary upholding rights of the depressed with aid of proactive civil society.

Except for the clichéd stereotyping of tribal life, the movie is highly successful to reproduce the dampening uncertainties of tribal life. Gross human rights violations against ‘de-notified tribes’ deserve immediate attention of the government to ensure a dignified life. Along with livelihood issues are to be ensured. The movie is a brave attempt to bring into the silver screen hitherto voiceless people. Marginalized sections getting camera attention is a good omen of democratization of the movie industry.