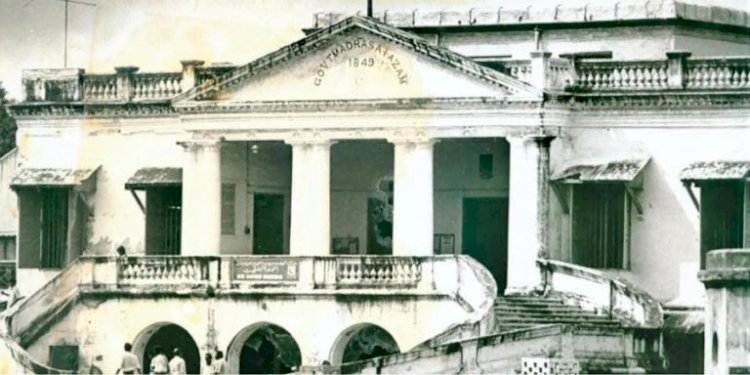 As you walk through the arch of Madrasa-e-Azam amidst blaring horns and Chennai sun, within minutes one would be saved away from both. Located in the heart of the city, Anna Salai, is a 12-acre land where a school was built on it nearly 200 years ago. It’s now not only in peril but also looming under land grabbing threats. But, a group of alumni is taking the lead to save the school from imminent closure.

All started in 2017 when the news of school demolition spread resulting in hundreds of people, most of them alumni, came in at midnight to protest and protect a building that was close to their memory and heritage.

"Everybody was in their own race and the school crumbled gradually. The news of demolition plans came as a wake-up call and a committee was formed to work for the protection of the school," said Amanullah, the president of the School Management Committee.

Madrasa-e-Azam was founded by Ghulam Ghouse Khan in 1849, the last Nawab of Arcot in power. Edward Balfour, an English agent who had expertise in Persian, Arabic and other oriental languages met the nawab and forwarded his vision of transforming the Nawab's family Madrasa into a school following the modern curriculum.

For the first time, modern science was taught along with the vernacular languages in the south, long before the Muslims schools in the north. Then there were fumings from the conservative quarters which resulted in the resignation of Qazi Badrudowlalah, but interestingly not all disagreed and the first few headmasters were maulvis itself. 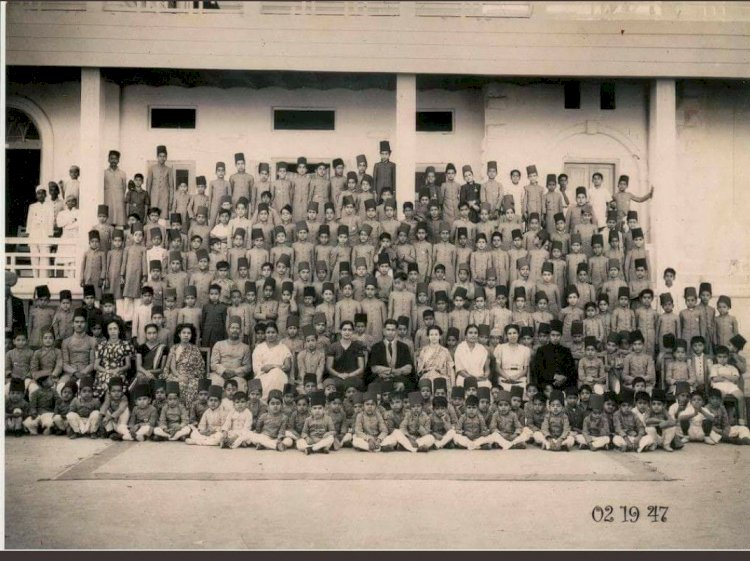 Like Rajendra Prasad, the first president of India, who studied under a cleric, Madrasa-e-Aliya in Hyderabad had many non-muslims who were mentored under maulvis. Dressed in Sherwani and topi, students of Aliya learned Arabic, Persian and Urdu regardless of religion and everyday literature also thrived in Urdu. Now, Madrasa-e-Aliya is all dust and rubble after the major dilapidation in 2018. And Madrasa-e-Azam is battling out not to fall to the same fate.

Once one of the most sought out educational institutions by the nobility, the school gradually welcomed students from all walks. Madrasa-e-Azam prides itself on having produced great hockey players like Mohammed Riyas, who represented India at the Olympics besides other prominent personalities. 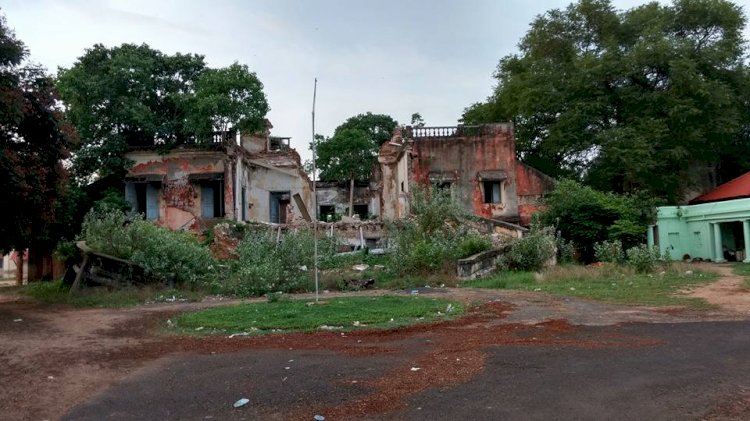 Once, the school had a generation of students who learnt from the British alongside the Maulvis. And then came a generation who were taught by the British-taught teachers. With years passing, the giant old trees witnessed all these and the kids of present only possess those trees and shades of a gone glorious age.

It was on the grounds of Madrasa-e-Azam, an English man gave a passionate speech on the knowledge production and transaction of the Arab world. He referred to the scientific and artistic achievements of the Abbasid Caliphate and the extent they went to collect knowledge, advance and record them which resulted in Europe learning from them. "Regrettably, now you have to learn the same from English people," Balfour famously said while speaking in a meeting where he had summoned the surrounding Muslim leaders to urge them to build a centre for higher studies.

Sadly, nothing came out of the meeting. It took decades for a college to be built in the same plot. And presently the school shares a wall with Quaid-i-Millath memorial to one side and on the other with a college for women named after him.

With the shrinking student statistics, the school is being nagged to shift to another place by the government. Convinced of the necessity to increase the enrollment of students, the committee provides free spoken English classes at the school and appoints teachers at their expense till the new government-appointed teachers take charge.

Hopefully, the alumni initiative to preserve the school that has offered generations of neighbourhood Muslims access to modern education in their mother tongue, Urdu, has started to bear fruit with more students drawn towards the school.