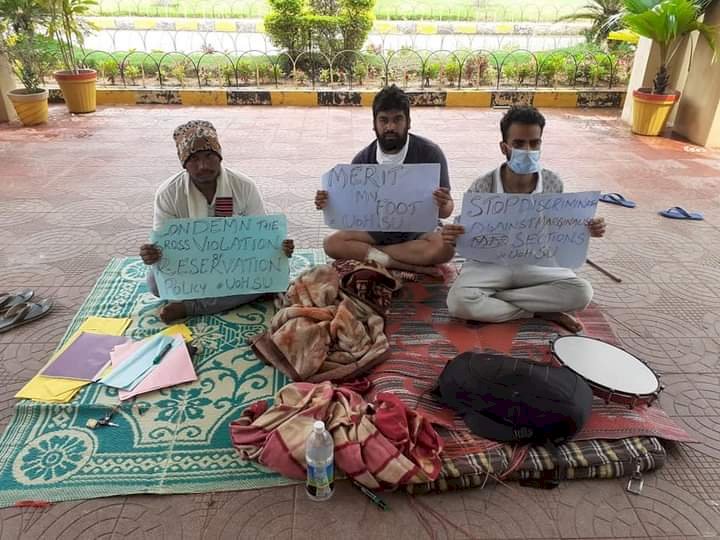 Students staging protest in front of the administrative block of UoH

The National Commission for Scheduled Castes (NCSC) has launched an inquiry into the alleged apathy in filling MPhil and PhD seats for reserved categories at the University of Hyderabad (UoH). The commission, which sought a detailed explanation from the university administration, has asked to submit it within one week. The action comes after IUML national organising secretary E T Mohammed Basheer MP approached NCSC seeking intervention. The issue was brought to the attention of the MP by Muslim Students Federation (MSF) UoH unit.

It adds that the aspirants from marginalised communities are denied their rights due to the grim scenario in the university. 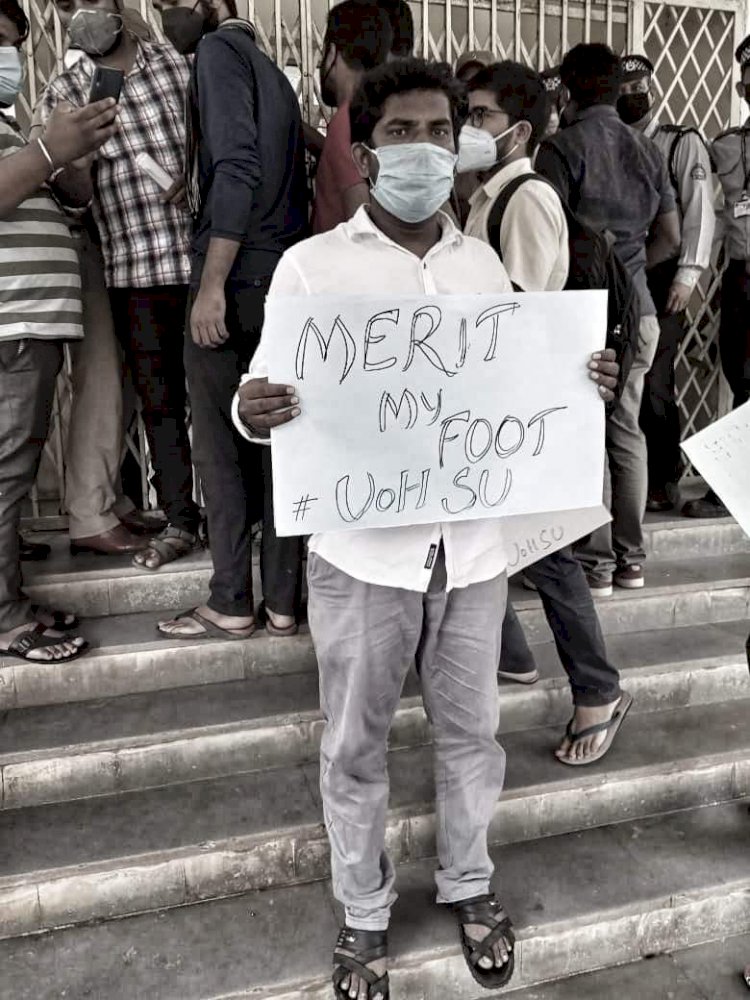 A notice has been delivered to the UoH vice chancellor by NCSC director Dr G Sunil Kumar Babu.  The notice seeks details regarding the number of seats and asks whether any relaxation has been given to reserved candidates as per UGC regulations. It further asks the authorities whether a special drive was initiated to fill the vacancies.

To put things into perspective, UoH departments recently published the list of PhD and MPhil interview candidates based on the entrance examination marks. And while the lists were checked, 71 seats were found to be left vacant with no candidate being called for the interview. And, according to students, out of these, 64 vacant seats belonged to reserved categories.

The apathy of the UoH administration drew the ire of student organisations. And organisations including MSF, Ambedkar Students’ Association (ASA) are up in arms against the flaw alleging it’s blatant violation of rights. The university justifies the act citing UGC norms of minimum qualifying marks criteria in the entrance examination.

The letter by Basheer says the university’s version is ambiguous and blames the UoH authorities deliberately sabotaging the reservation. “As far as the matter of following UGC regulations or the discretions of the university is concerned, it can’t harm the rights that are enabled by affirmative policies. I would like to highlight the UGC (Minimum Standards and Procedure for Award of MPhil/PhD Degrees) first amendment regulations of 2018. Along with relaxing 5 % of the marks for SC/ST/OBC/PWD candidates, the UGC clearly states that ‘in spite of the above relaxation, if the seats allotted for SC/ST/OBC(non creamy layer)/ Differently Abled categories remain unfilled, the universities concerned shall launch a special admission drive for that particularly category within one month from the date of closure of admissions of General Category’. Further, it states that ‘the university concerned will devise its own admission procedures along with eligibility conditions to ensure that most of these seats under these categories are filled’. This simply assets that no reservation seats shall remain unfilled and UoH is committing a clear breach here,” the letter adds.

Activists of student unions allege the decision implementation is arbitrary and no special drive was carried by university to fill the vacancies. “Some of the vacant seats were filled after we staged protests. But, a special drive is yet to happen,” one of the MSF unit leaders told The Site.