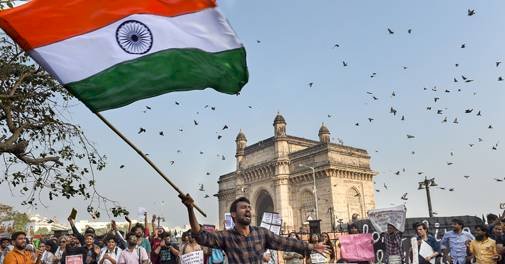 A year after protests had broken out across the country against the attack on Jawaharlal Nehru University students in Delhi, a group of 29 activists, lawyers, students, artists, academicians and civilians appeared before the Esplanade magistrate court on Monday in Mumbai.

The spontaneous protest in solidarity with the JNU students at the Gateway of India in January earlier this year had tens of thousands of civilians and people from all walks of life, including film personalities, political leaders and sitting ministers.

All these accused were summoned by the court in connection with the FIR filed by the Colaba Police station under sections 143, 149 IPC and 37(3), 135 Mumbai Police Act for the protest at Gateway of India.

A delegation of citizens had met the Maharashtra home minister a few days back. The minister assured the delegation that this case, as well as all other criminal cases in connection with the anti-CAA, NPR, NRC protests and those concerning the JNU violence, will be withdrawn by the government. The matter has been forwarded for further action, he told the delegation.

Activist Feroze Mithiborwala, who was among the 29 accused present at the court on Monday, said, "We trust that all these criminal cases filed in connection with peaceful protest demonstrations held in the city to uphold the constitution will be closed at the earliest."