Founder of Al-Ameen and the daily Salar, Dr Mumtaz Ahmed Khan passes away at 86 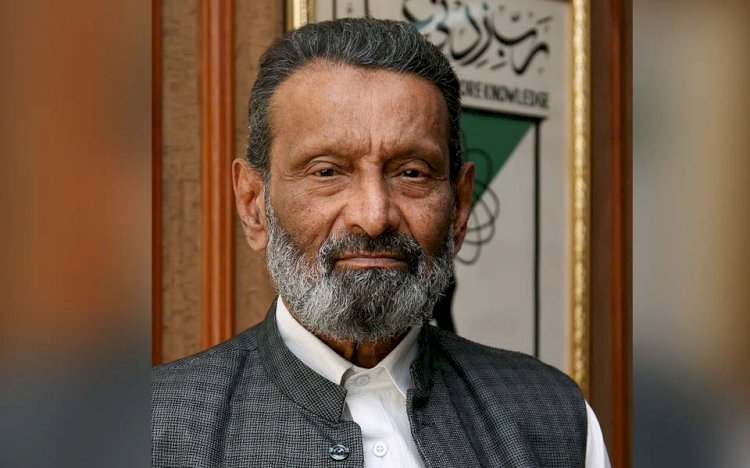 Dr Mumtaz Ahmed Khan, the founder of Al-Ameen Educational Society and the former pro-chancellor of Aligarh Muslim University, passed away on Thursday evening at the age of 86.

The founder of the Urdu daily Salar, Dr Khan is survived by his wife, Zarin Taj, a son and two daughters.

Dr Khan, widely referred to as ‘Baba-e-Taalim’, for his services in education sector, was born on September 6, 1935, in Trichy, Tamil Nadu. He moved to Bengaluru in 1965 after earning an MBBS from Madras University, and an MS specialising in surgery from Stanley Medical College, Chennai.

He launched the Al-Ameen Educational Society in 1966 at the age of 31, pioneering an education effort with special focus on the state’s Muslim population.

The Al-Ameen group of Institutions now have more than 200 institutions across India catering across the board to pre-university, degree and post-graduate students. These include colleges of management, law, pharmacy and education with more than 2 lakh students across the country.

Dr Khan is the recipient of several honours, including the Kempegowda Award, Karnataka Rajyotsava award for education, the American Federation of Muslims from India Award and the Public Relations Society of India Award.