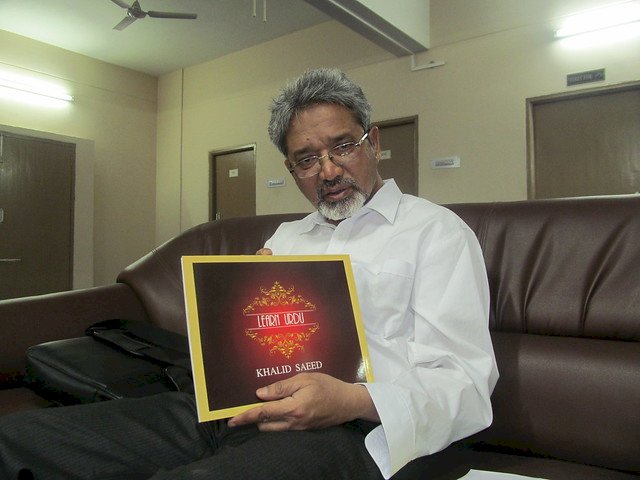 Renowned Urdu poet and scholar Prof Khalid Saeed has passed away following a cardiac arrest at NIMS on Wednesday morning. He was 71.

Born in Bidar, he majorly lived in Gulbarga. Both cities, once a part of the Nizam's Hyderabad are now in Karnataka

It was in 2004 that Saeed had joined  Maulana Azad National Urdu University and since then been associated with MANUU. And from 2015, he had been leading a retired life in Hyderabad.

His contributions to the Urdu language and its propagation among both the Muslim and Non-Muslim community are substantial. As the former Director of Center for Urdu Language Literature and Culture at the Maulana Azad National Urdu University (MANUU), he utilised every resource at his disposal to develop his brainchild, Tehseen-e-Ghazal (appreciation of Ghazal) as an art to learn Urdu.

His workbook which teaches Urdu script according to phonetics and structures was used by many in Andhra Pradesh, Karnataka, and Delhi.

His last public appearance was at Urdu Hall—Himayat Nagar on March 13 where he spoke about Hyderabad-based author Aziz Ahmed.His body has been taken to Gulbarga for the last rites.

Meanwhile, condolences have poured in from several people on the scholar’s demise.