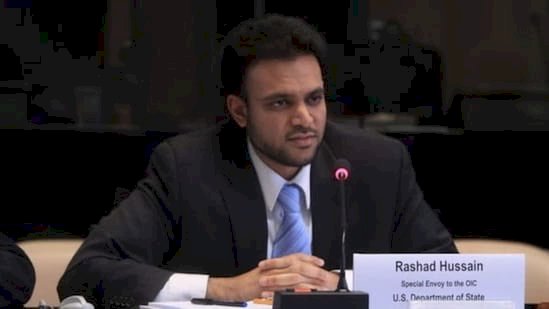 Rashad Hussain will be the first Muslim to head US diplomacy for advancing religious liberties. He is nominated by President Biden as the Ambassador-at-Large for International Religious Freedom.

41-year-old Hussian is a law graduate from Yale University and has a master’s in Arabic and Islamic Studies from Harvard University. He has also worked with the House of Representatives Judiciary Committee.

The position of Ambassador-at-Large for International Religious Freedom was set up by the Congress within the State Department with the mandate to “advance the right to freedom of religion abroad, to denounce the violation of that right, and to recommend appropriate responses by the US Government when this right is violated.”