Narendra Modi is like my son, hope he pays heed to our problems: Bilkis Dadi in exclusive interview to The Site 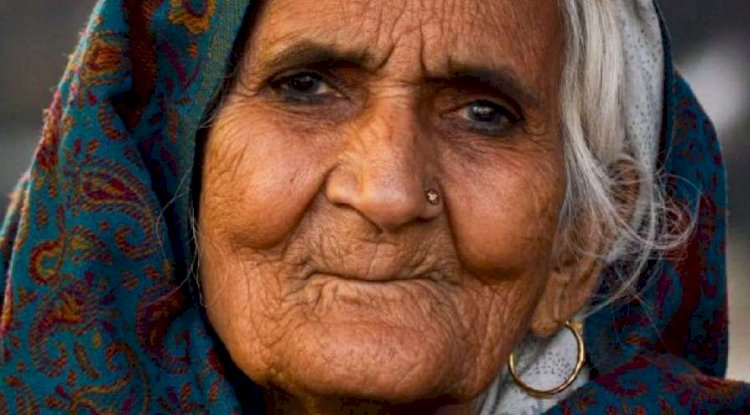 Eighty-two-year-old Bilkis was happy being a doting grandmother and mother at Delhi’s Shaheen Bagh, where she had shifted a decade ago after her husband had passed away. Little did she know that her routine presence at Shaheen Bagh protest side despite failing health would get her enlisted in the Time 100: Most Influential People of 2020.

Speaking to The Site via the telephone, she said, “All I wanted and still want is an India in which I was born, a country where no citizen was discriminated against on the basis of one’s religious identity. When I came to know about Citizenship Amendment Act and understood the discrimination Muslims would face once NRC and NPR were implemented, I decided to sit at the protest site daily.” She paused and then added, “I am old. I had no personal agenda when I decided to sit at Shaheen Bagh. I have lived my life and now all that I want is the safety and security of my kids. I genuinely believe that this law is a threat to millions of Indians and not just my kids.”

Bilkis hails from an agrarian family in Kurana Meerpur, a village in Hapur district of Uttar Pradesh. Her son Manzoor Ahamad, who works as a translator, said, “My mother used to stay in our village with papa while we came over to Delhi in search of a better livelihood. It was only after the death of my father that she came to live with us in Delhi.”

On being asked what their reaction was when their mother expressed her desire to sit at the protest site in the month of December, he said, “We told her many times to not sit at the dharna but she refused to listen to us. She just kept saying that this was needed to restore India’s secular fabric. She refused to take rest even when she had high fever. We were amazed by her spirit during the anti-CAA/NRC/NPR movement.”

He added, “Back then she chose her call to sit at the protest site, neither she nor we had ever anticipated that she would be rewarded in this manner. We were surprised, when a friend called us to tell us that Ammi had made it to the Time list of 100 most influential people of 2020.”

Bilkis, on being asked, what she felt when she was told about her name being in the list of most influential people in the world she said, “I felt good. But I would have felt better if this law is revoked.” So did that mean that she would be on the streets once the pandemic was over? She replied, “At present we have to fight Corona. Once it’s defeated and we see that the government is not paying heed to our demands then we might be on the streets again.”

On being told about both she and Prime Minister Narendra Modi being on the same list she said “The list has made the PM and a dissenter equal. When the protest was at its peak we had expressed our desire to meet him many times. But it never happened. But today we stand as equals on this list.” She paused and said, “He is like my son. I hope he will pay heed to my request and meet us once the pandemic is over. I want to tell him to restore India back to its glorious days when we were not divided in the name of religion.”

On being asked about dissenters and anti-CAA activists being hounded and arrested, she said, I want these kids to be released. They are doing nothing wrong. They are just asking for their rights.”